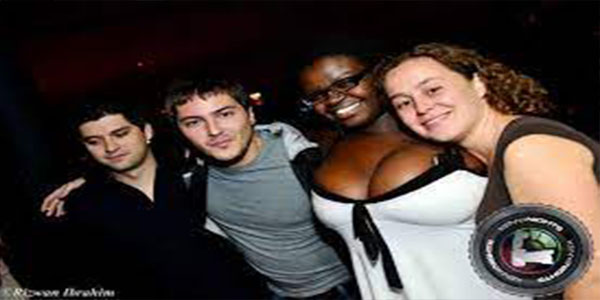 Opinions vary as to the best places to visit for some mongering action in Africa, but if you were to ask me, Kenya is definitely at the top of the list. It’s an exotic location for sure, and if you’re tired of the same old Asian and Latin countries, or really just want to check out Africa, this is a great way to do it.

Kenya is a bit more refined than you may initially think, especially in areas like Nairobi.

Perhaps even more important is the abundance of women that include hot local Kenyans, as well as a number of women from surrounding countries, and even other parts of the world.

They’re also incredibly easy to deal with most of the time, and the country has a laid-back vibe in general that is very catering to westerners.

Kenya is also not expensive when compared to a lot of other places. Add it all up, and you have an ideal destination to visit for a few weeks during a sex holiday – or even a standard vacation with a little action thrown in for good measure. Whatever works for you.

Anyway, this guide will go through all of the main costs of a guy’s trip to Kenya, adding up all of the routine expenses to give you a better idea what it will cost you to experience this unique country.

Cost of a Sex Holiday in Kenya Escorts

If you’ve read through my similar guides for other countries, you’ve seen how I like to determine these figures. I base the costs on a two-week trip, which will include everything from your hotel stay, to the sex prices of the girls here, and everything in between, such as drinks, transit, etc.

For these figures, I’ll be using the native currency; the Kenyan shilling (KSh). You can get by using Western currencies in some areas, but it’s best to use the shilling in order to have an accurate cost without fear of being ripped off with exchange rates.

Speaking of exchange rates, the shilling is basically 100 for every U.S. dollar. So if you see something that’s KSh 1,000, it’s really a little under $100 USD. At least for now. You can always check sites like XE.com for a current value. When converting currency within the country, always do it at a bank, and not on the street.

One final note: I never base these figures on a budget-style trip, as I believe it’s best to let it hang loose at least somewhat on a trip. With that said, you can certainly trim these numbers down by being a little frugal where you see fit.

Hotels can really vary around Kenya, especially when staying on the coast in a place like Mombasa, where there are resorts, casinos, and all that. Nairobi Escorts has some stellar accommodations itself. Regardless of where you are, you’ll find everything from brand-name chains, to cheap shitty places that are only good for crashing for the night.

When getting a hotel, it’s best to stay close to where the nightlife is, which isn’t hard to find in most towns here (just check out my various Nairobi Escorts guide). And while hotels here aren’t as cheap as in some other countries, you can still get a lot for your money.

Kenya isn’t really known for having incredible local food, and many areas have been westernized in terms of food selection. You’ll find some fast food chains, a small number of African restaurants, and a lot of pubs. There are also a handful of nicer restaurants and plenty of coffee shops. You won’t be lacking options on any level.

So, let’s say on an average day you eat some free breakfast at your hotel, and then have a KSh 300 cappuccino later on before lunch, where you eat at a casual restaurant for about KSh 650. Later that night you eat at a nice Italian restaurant in an ex-pat part of town for KSh 2,400, which includes dessert. You also have a few beers with dinner at KSh 230 each.

Getting around in Kenya can be a total shitshow in some parts, but in areas like Nairobi and Mombasa, it’s not so bad. For the longest time, your only real option was to take a matatu, which was not ideal. Fortunately, things are better now, as matatus have gotten bigger and safer, and there is also a slew of buses you can take around town.

With that said, I think Uber is typically the best way, and sometimes taxis.

You can get a public transit pass that will run you about KSh 3,500 for a month. A standard Uber ride across town will cost you about KSh 400.

Alright, now for the fun. There are a lot of nightlife options in Kenya with lots of Nairobi escorts and a lot of touristy things to do in various parts of the country as well. I’ll focus on the nightlife aspect, as not every guy is going to want to go on fishing expeditions, safaris, and all that stuff.

When going out, you’ll pay an entry fee every now and then, but it’s not even worth figuring in.

Okay. This is where it gets hard to average out on a daily basis, but I’ll try.

The girls here tend to not charge a whole lot, but you can find a lot of variances. I’ll go off of experience with these costs.

Street girls can charge around KSh 1,500 for a short time, but again it depends. Girls hanging out in bars will charge about double that, but you might be able to talk them down to around KSh 2,000. KSh 3,000 is average.

Escorts are always the more expensive choice, and in Kenya, that’s even more true. An hour with a hot Kenyan escort will run you about KSh 4,000 to 5,000, maybe more depending on who.

All of that is cheap though, so it’s hard to complain.

Time to add it all up.

Now for the food. Going with the “eat at one nice place each day” option, the total will be KSh 4,000 a day – your second biggest expense, and again one that you can easily save on. That’ll make a total of KSh 56,000 for your 2-week sex vacation.

Transit is not much of an expense, but it does add up. Going with the transit pass and daily Uber, the total will be KSh 9,100 for the two weeks.

If you like to go out and have a good time on most nights, your total for alcohol for both yourself and the ladies will be about KSh 49,000.

As for the price of sex on a daily basis with various levels of Kenyan women, we’re going with KSh 48,000 for two weeks. Here you can easily save the most money by meeting girls on the Nairobi Escorts Dating site .

And again, this can be cut down by staying at a cheaper place, eating cheaper, meeting “normal” women instead of prostitutes etc. Either way, $2,500 for two weeks in a foreign country while having all of your needs taken care of is not bad at all.

Kenya can be a little hard to gauge costs for because of all the variance in locations, but whether you’re staying near the beaches in Mombasa, or having an urban adventure and taking in the up-and-coming areas of Nairobi, you can get a lot of bang for your buck in Kenya.

Aside from hotels, the costs of food, drinks, and sex is one of the lowest you’ll ever come across, without any drop in quality at all. So, if you’re looking to experience an amazing country, beautiful women, and lots of modernized African culture (and perhaps an outdoor excursion to the zebras and lions) Kenya is by far one of the best places to have it all, and not have to thoroughly demolish your savings account in the process. Enjoy!

Now that you’ve got a good overview on how much a typical sex holiday in Kenya should cost you, check out my city guides where I’ll show you the best places to meet women as well as hotel recommendations (not all places here are guest friendly):

Comments
There are no comments yet.